Whether you are looking for a place to watch the big game or looking to get out and take in a show we have you covered with our big list of things to do this weekend in San Diego! Little Italy is getting another great addition to its food scene and they’d like to invite you to the soft opening!  The restaurant will offer playful takes on Asian fare with inspiration from Chinese, Japanese and Korean cuisines! Down from the rugged Highlands and up from the depths of the Pacific, two beverage producers – celebrated for their equally impressive crafts – kick off the 2018 “By The Barrel” series under the stars at Estancia La Jolla.

Tyler, The Creator is announcing a run of headlining North American tour dates in support of his recently released album Flower Boy. Set to kick off on January 26 in Vancouver, the tour will see Tyler play 23 shows across the continent before its conclusion on March 4 in Milwaukee. Warm up your winter games spirit by competing in a few games and arrive in your favorite country’s colors. Enjoy live music by Hot Stone Meat Party, a photo booth and an opportunity drawing with great prizes that you don’t want to miss out on! Time to Kick-Off 2018 with a bang and philanthropy at the CuffLinks Philanthropy Gala at The Del Mar Turf Club!!! Cufflinks presents a red carpet, fashion show, philanthropy, and charity benefit extravaganza! 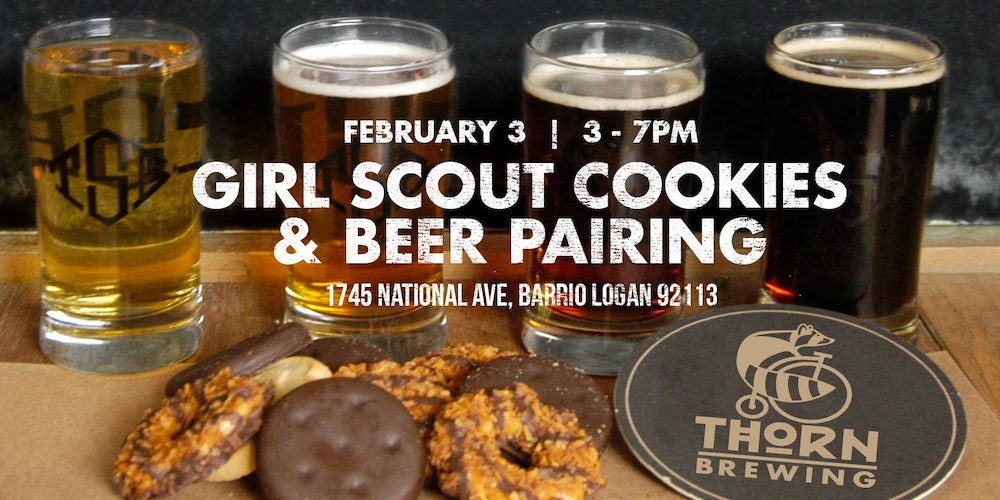 Girl Scout Cookie season is upon us and there is no better way to enjoy these yearly cookies than with some Thorn beer! We are pairing four Girl Scout cookies with four, 5-oz tasters of our beer. Come in anytime between 3 pm and 7 pm to redeem your tickets and get your pairing!

A post shared by EP SAVE A LIFE (@epsavealife)

Save A Heart Save A Life 5K

The Eric Paredes Save a Life Foundation presents their first Save A Heart Save A Life 5K run/walk! Support a great cause while running or walking a beautiful 5k course.  Help us with our mission by fundraising. Create a fundraising team or fund raise as an individual. Prizes will be given to the top fundraising individual and fundraising team.

Known as the king of the rant, LEWIS BLACK uses his trademark style of comedic yelling and animated finger-pointing to skewer anything and anyone that gets under his skin. His comedic brilliance lies in his ability to make people laugh at the absurdities of life, with topics that include current events, social media, politics and anything else that exposes the hypocrisy and madness he sees in the world. Where To Watch The Super Bowl In San Diego

Even if you aren’t a fan of either team (join 98% of America!), the Super Bowl is a great party. And if you don’t watch, you’ll have no idea what everyone is talking about when they recap the best commercials at the office on Monday! The festival is an incredible example of how the democratization of media through inexpensive cameras and social media has made it possible for ordinary citizens to shine a light on issues around the world that deserve our attention and thoughtful dialogue.